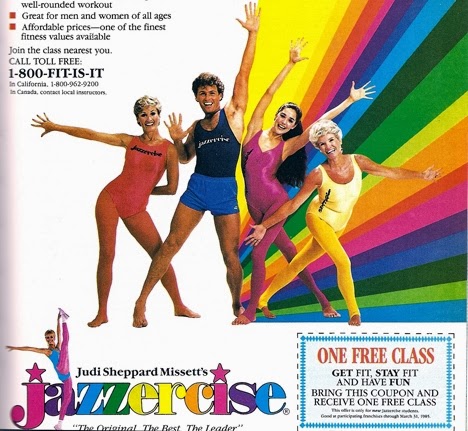 I've just found the missing link in my exercise routine.
Funniest clip I have seen in a long time.

"You gotta find that boogie body"
"Don't go to bed with no price on your head honey!"
"Don't roll that dice unless you can pay that price"
"Find your pelvis. I know you've got one and it's OK to move it for heaven's sake!" 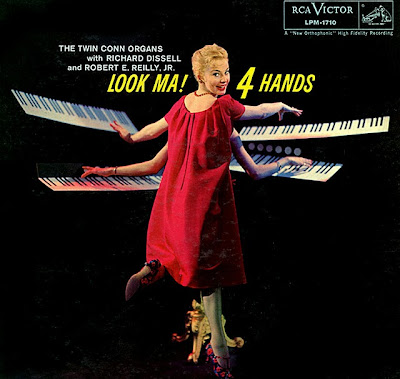 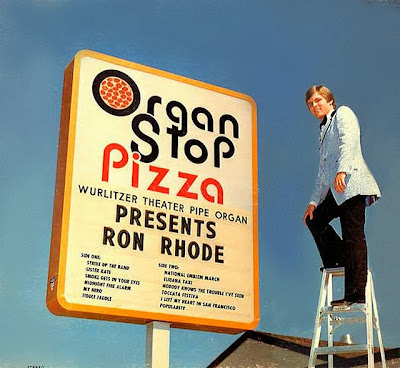 Ron has to set up his own billboards when he plays the Organ Stop Pizza. 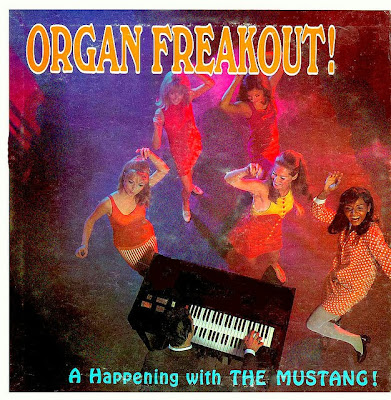 The best kind of Freakout. 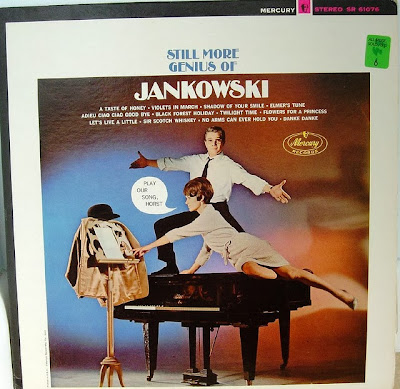 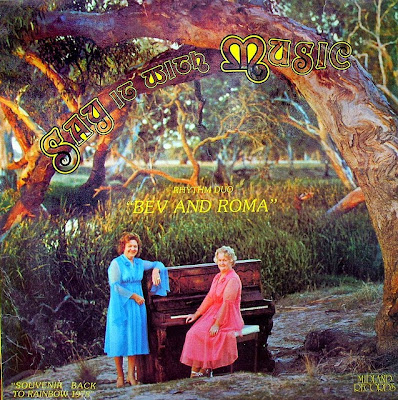 I can hear the Rhythm Duo's conversation...
Bev - "Do you think Jeffrey would mind dragging the piano all the way here onto the rocks?"
Roma - "Not at all, that's a grand idea. The sun will dance nicely off my sheer frock and
neatly set hair. Jeffrey! Jeffrey.....!!" 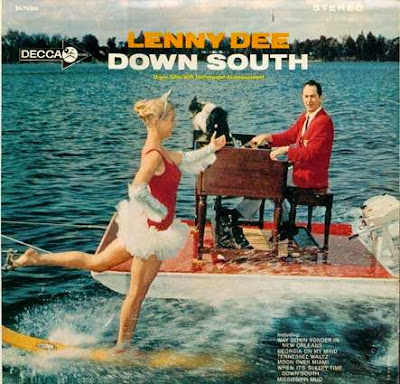 Interesting set up Lenny has going on. Is that his dog on top of the organ? 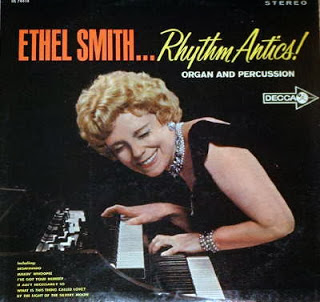 Ethel's at it again! Absolutely sloshed at the keys.
(we first visited Ethel here)

Happy Friday!
May the Piano Man or Lady sing your song at the bar tonight. 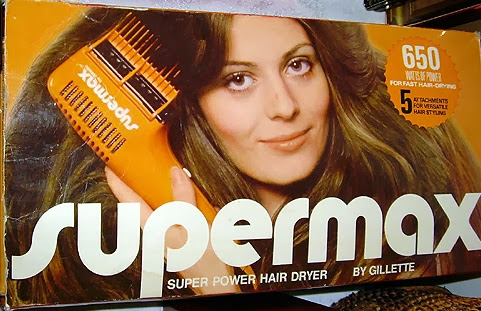 I'm thinking I need to hunt me down a Gillette Supermax Hair Dryer
for luscious 70s locks! 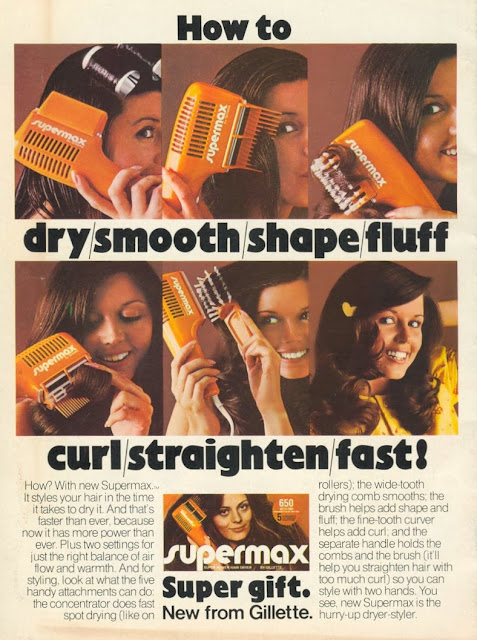 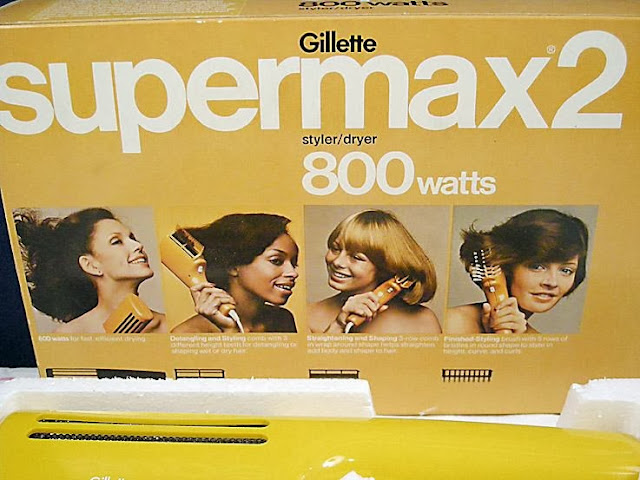 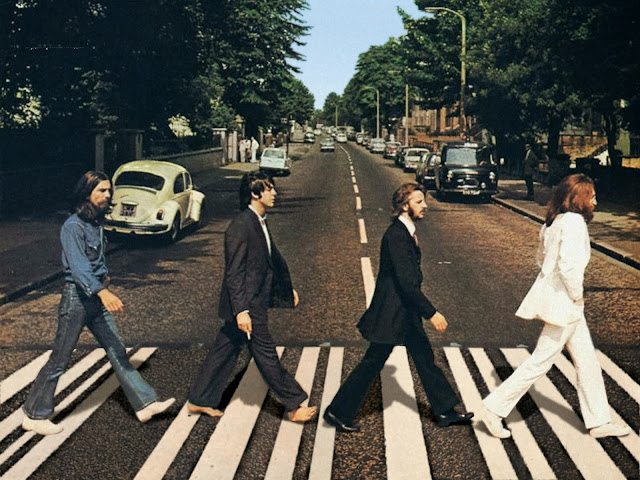 One of my all time favourite Beatles songs, by
George Harrison from the 1969 album Abbey Road.

My mum was a huge Beatles fan and George Harrison was her favourite Beatle.
In her late teens in 1964, mum and four workmates caught the tram from their workplace in Carlton into the city on their lunch break, to see The Beatles wave from the Melbourne Town Hall balcony.
She is somewhere in that crowd - along with half of Melbourne by the look of it! 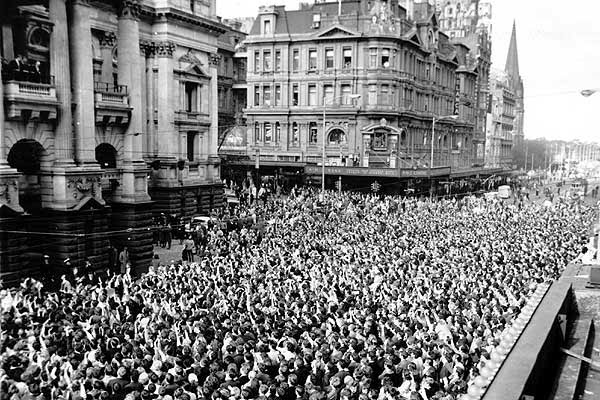 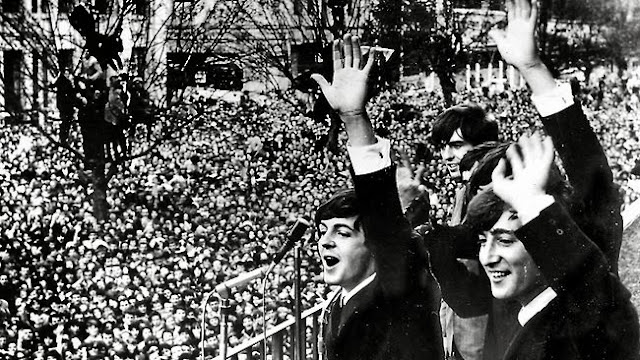 Mum had tickets way up the back when they performed at Festival Hall on that same Melbourne visit. Said she couldn't hear one song, not a single note - but she was there!

Ringo had been struck down with a severe case of Tonsillitis prior to the Australasian tour commencing, and remained in London to recover. Temporary replacement drummer Jimmy Nicol joined The Beatles so the tour could go ahead as planned. Ringo flew into Melbourne and reunited with the group on 14th June 1964 to complete the rest of the tour. Jimmy Nicol returned to the UK the following day. 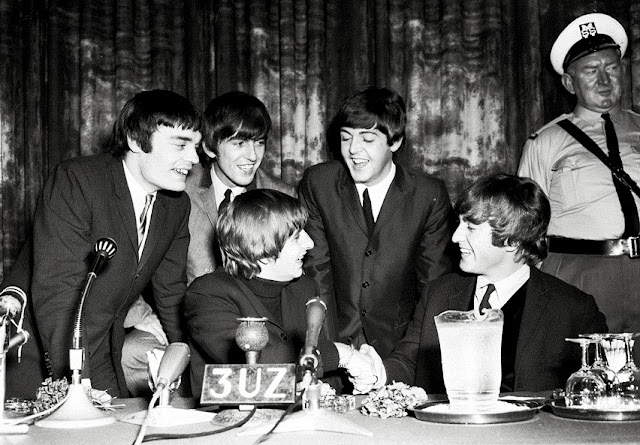 Jimmy Nicol pictured with The Beatles at a press conference in Melbourne the day
Ringo rejoined the band after recovering from Tonsillitis. (Image Museums Aust) 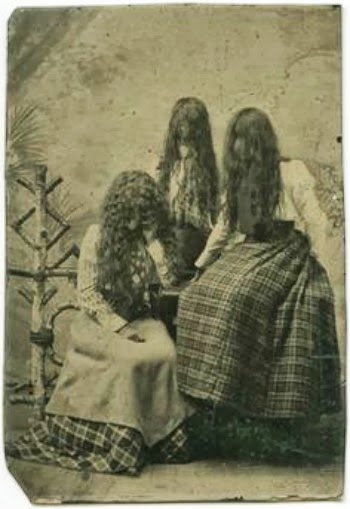 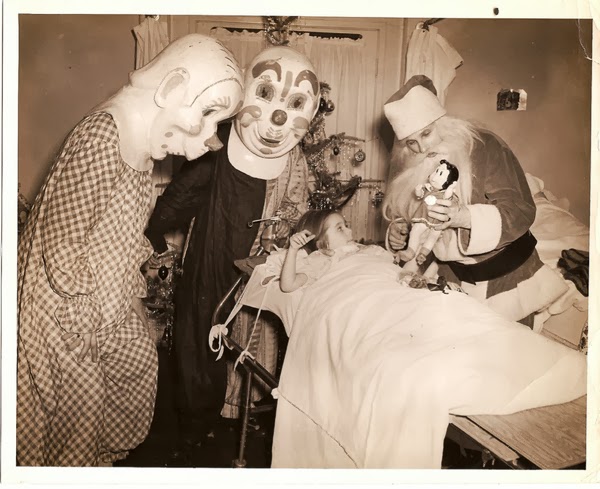 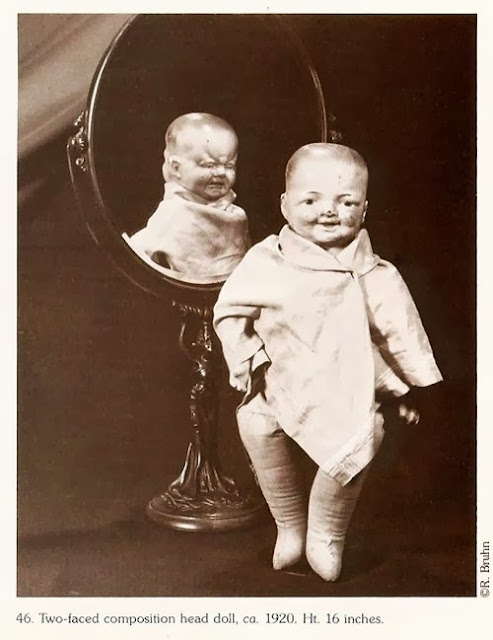 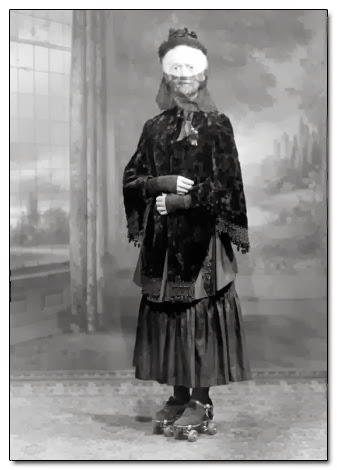 Never too creepy for Roller Skates! 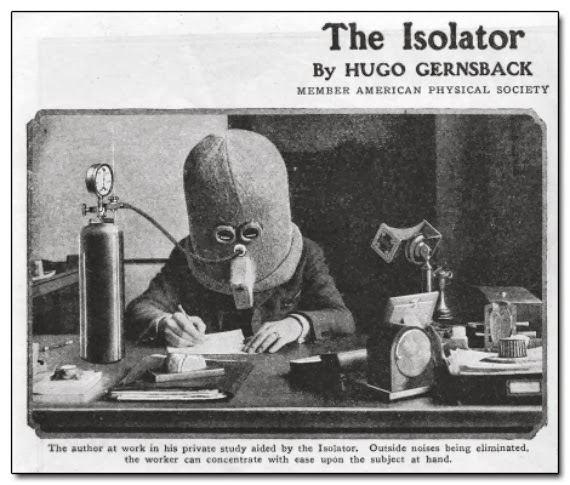 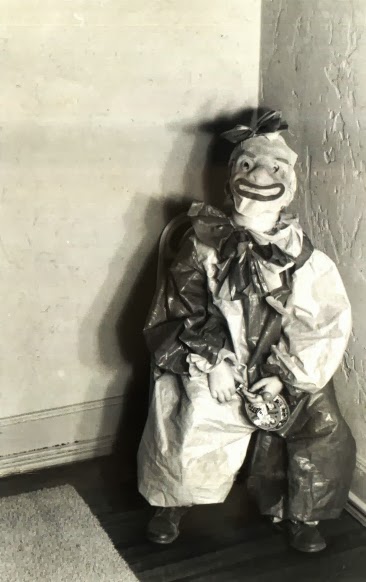 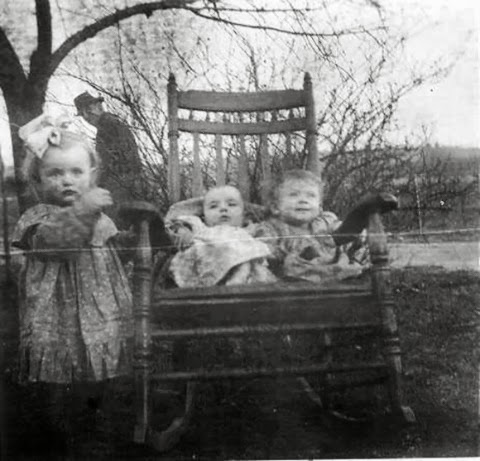 Check the spooky dude in the background! 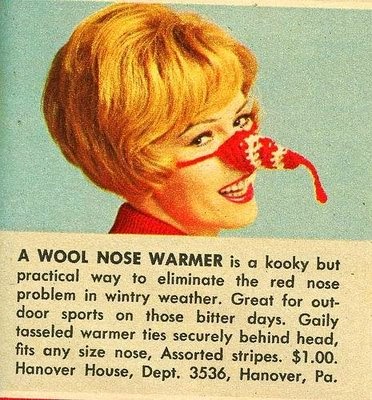 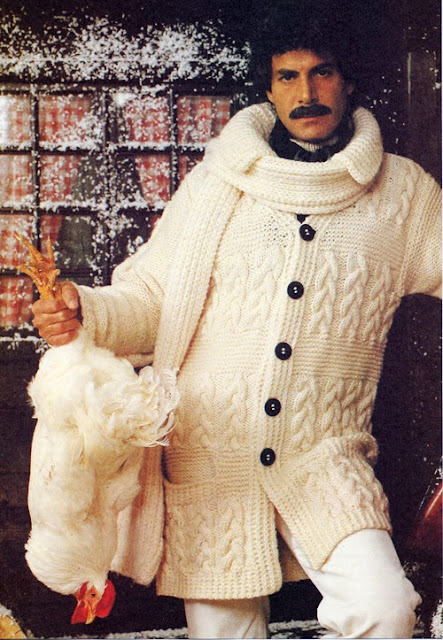 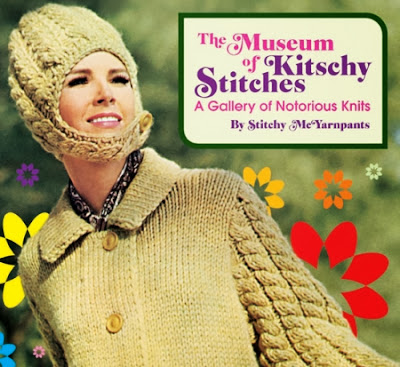 Mama Told Me Not to Come was written by Randy Newman in the late 60's
for Eric Burdon & The Animals.
Newman said the song was loosely based on his own experience and reflection
of the Los Angeles music scene in the 1960's.

Three Dog Night released their successful cover version in 1970.
The Stereophonics joined Tom Jones for his version on his Reloaded album in 2000.


So while, Three Dog Nights version isn't the original, I think it is better
than Eric and the Animals version (sorry Eric), and I'm throwing it up against
Tom Jones with the Stereophonics .


I've chosen two live performances of the song for the bout.

Tough choice for me - both versions, bands and artists are great.
But as I have a thing for Kelly Jones' voice from the Stereophonics, and I don't mind
abit of Tom Jones, it's the 2000 version for me.
(Special mention to the dude rockin' the tight green silk pants in the '70s clip though.)

Tom Jones and the Stereophonics - 2000