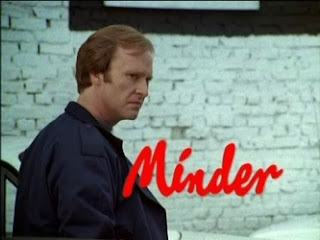 Minder is a British comedy-drama series which ran from 1979 - 1994.
Arthur Daley (George Cole), a small time conman, hires former boxer Terry McCann (Dennis Waterman) to be his 'minder', so Terry can protect him from other small time crooks.

One of my brothers, David, is a huge Minder fan, and he still catches it these days when re runs are on the box. I don't remember much about the series itself from when I was young, other than that it had a really cool theme song.
And I still think it's one of the best TV theme songs around.
'I Could Be So Good For You' was written in 1979 by Patricia Waterman and Gerard Kenny, and sung by Dennis Waterman, star of the TV series.
The song was a huge success and reached no. 3 on the UK charts in 1980.