I finally bought my very own retro bike off eBay! 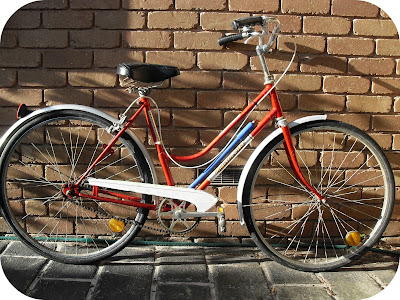 Single gear/speed, Malvern Star with it's original bell, tyre pump,
chain cover and plenty of surface rust to boot. But, I love it.


It still has it's original stickers in relatively good condition which is great.

And judging by the style and colours of these stickers, I would say the
bike is from the 70's? 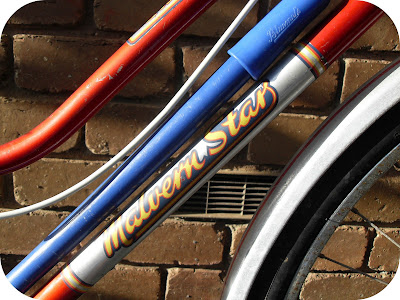 The thought of me having a bike, or indeed riding a bike has become
the source of much amusement to my friends and family.


'You? You bought a bike? Why?!'
was heard just earlier this week from a visiting pal, while
she stood gazing at my new treasure with great confusion.


I am not really one with the world of exercise (to put it mildly), but I figure a bike is the perfect way to ease myself into some form of exercise this summer.
This way I can ride my bike round to the milk bar to get a Snickers bar. 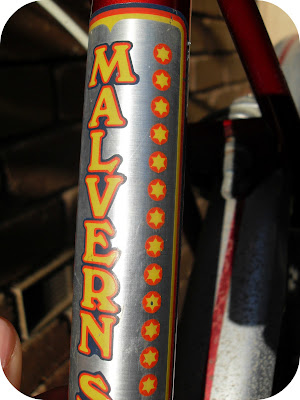 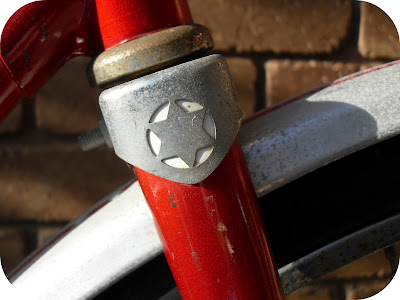 This same friend then gathered some excitement at the thought of us
going for a bike ride together soon, & suggested we head off to a cafe
in a bayside suburb several kilometres away!

'Steady on' came my hasty reply,
'let's just see if I can make it round the block first!' 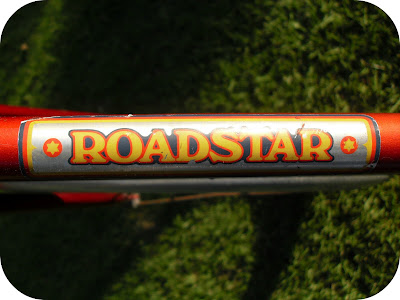 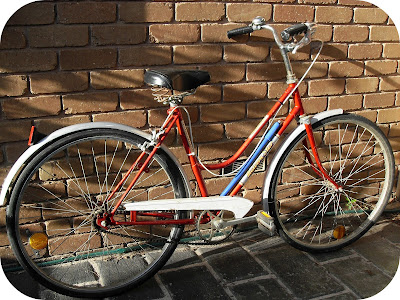 So, my intentions are pure.
May I enjoy cycling round the neighbourhood for many months to come.
If not, there is a high probability that this awesome bike will end up
as a great wall feature in our garage/bar area like this... 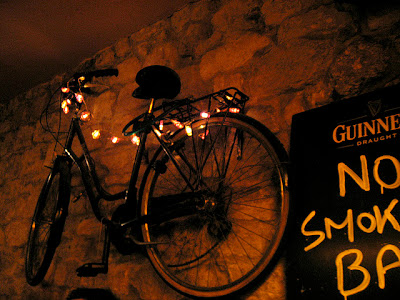 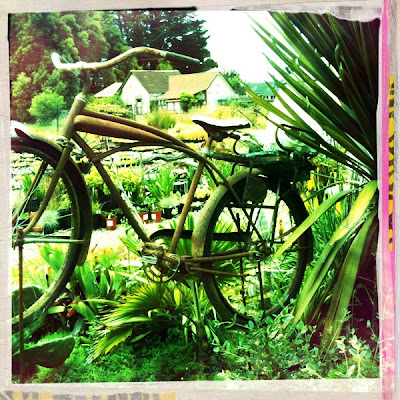 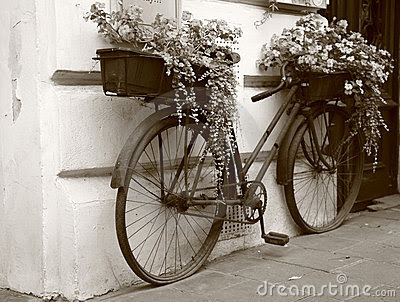 Email ThisBlogThis!Share to TwitterShare to FacebookShare to Pinterest
Labels: Vehicles