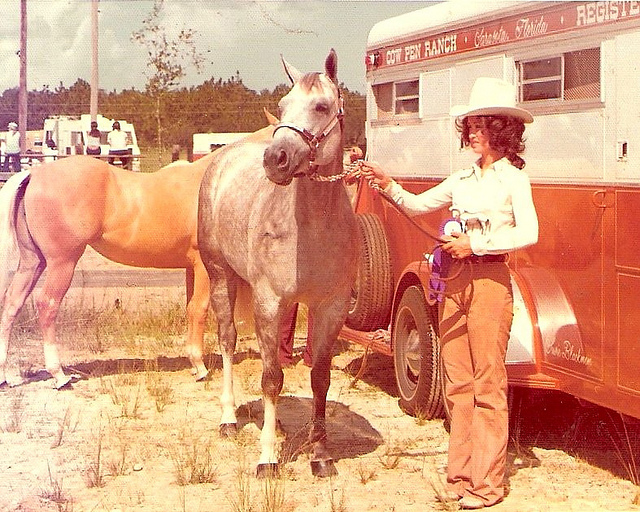 susieblackmon
Like most little girls, at one point growing up, I loved horses.
Or more the 'idea' of horses I should say.
The few times that I actually did ride a horse when I was young, always seemed to end badly, with me in tears having a little 'turn'. And that was always riding the slowest, oldest, and smallest horse that the each stable had!!
(perhaps a Shetland pony would've done the trick?!)


The trouble was not the horses though, it was me.
I was just completely petrified sitting tall up on those horses, and after a few attempts I gave up, and gave in to the fact that horses were simply not for me, and I haven't ridden since.
But, although I am not one with the horse world, I can truly appreciate their strength, speed and beauty.
Two of my favourite Australian films from the 80's both centre around horses -
The Man from Snowy River (1982) & Phar Lap (1983).
Tom Burlinson starred and rode in both films. He had very little horse riding experience prior to filming The Man From Snowy River in 1982 and performed all of his own riding stunts in the first film, including the amazing descent scene. 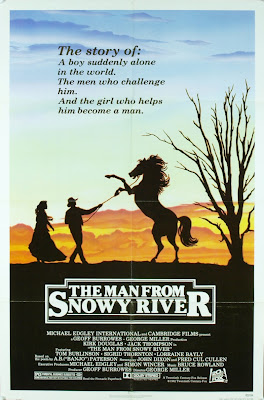 A scene from: The Man from Snowy River - The Descent
Station owner Harrison's (Kirk Douglas) prized colt has joined a herd of wild horses called The Brumby Mob. Harrison offers a large reward attracting riders and fortune hunters from every station in the area. Jim (Tom Burlinson) has been accused of letting the colt loose, and rides with them to retrieve the colt and clear his name.

A scene from: Phar lap - The AJC Derby


After several race losses, owner Davis (Ron Leibman) has run out of patience and tells trainer Telford (Martin Vaughan), if Phar Lap doesn't win this race,
he will have to be sold.
Leading up to the race, strapper Tommy Woodcock (Tom Burlinson) has been trying a new method of track work with promising results, allowing Phar Lap to start slower and come from behind. But if the new training proves unsuccessful in this race, Telford will be sent into bankruptcy, Phar Lap sold and Tommy out of a job.


Phar Lap Movie fact: The United States version of the film is played out in a more traditional way, with the film opening with Phar Lap getting off the boat from New Zealand. This was done to make the film more dramatic as the story of Phar Lap was not well known in the United States.

Sydney Olympics Opening Ceremony
And finally, I love the first couple of minutes from the
Sydney 2000 Olympic Opening Ceremony.
(It's not a film but hey, roll me with...)
It features 120 riders and their horses to the beautiful music from
The Man From Snowy River by Bruce Rowland.
I particularly love the lone rider that first rides out and cracks the whip.
Yep, it stirs abit of Aussie pride every time I watch it.


And well, I reckon that'll about do me for horses for a good year or two!
Hope you enjoyed.