Did you know that Eric Stoltz was originally cast as Marty? 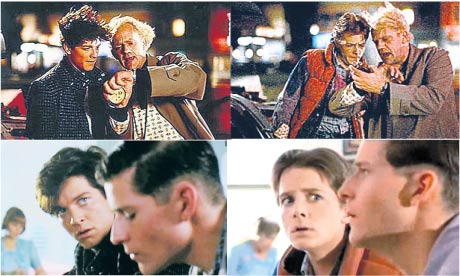 Although first choice for the role, Michael J Fox was unable to
take the part due to filming commitments for Family Ties.

However, after five weeks of shooting, the filmmakers felt Stoltz
lacked the humour required for the part and decided he was miscast.

Fox was re approached, and a deal was made to work around his existing
timetable with Family Ties, allowing him to play the role of Marty.


Such a great film - one I can watch over and over again.
Can't imagine anyone other than Michael J Fox in the role.