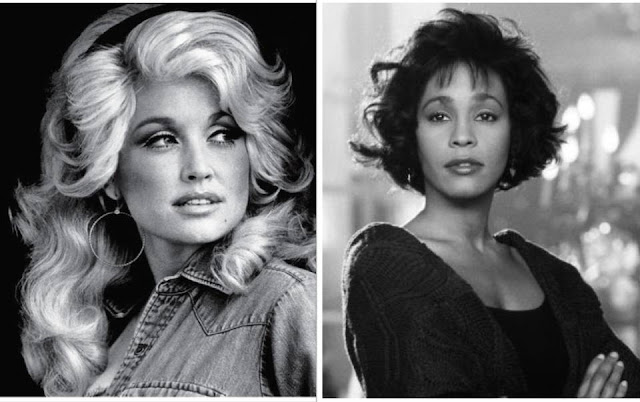 Following on from my first Original vs Remake the End Dance Scene of Footloose here,
I thought we might do a song for this round:
Dolly Parton & Whitney Houston "I Will Always Love You".

Dolly wrote the song and released it in 1974. Her version is really beautiful and heartfelt.
Whitney recorded the song as a big ballad for The Bodyguard soundtrack released in 1992.

I cried my eyes out at the movie theatre when Whitney sang this song at the end of
The Bodyguard.
I'm not talking a little tear running down my face.
I'm talking sobbing, choking, had to 'bury my face in my jumper' kind of howling.
Not quite sure what brought on the tears - was it the scene, the song, The Costner or perhaps
just the drop in sugar levels from the bag of Maltesers, and SuperSize Coke I had consumed earlier?
Perhaps we'll never know.

So while both versions are great and original versions are generally hard to beat,
I have to go with Whitney and The Bodyguard on this one.

Your thoughts - Original or Remake?