C-3PO, The Checkout Girl and Me 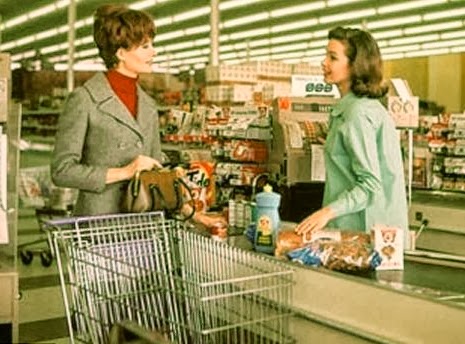 I recently wore this T Shirt out to the shops to grab a few things.

At the check out as I was paying, the young girl said to me "Oh, who's on your T Shirt?"
She leaned in for a closer look and said "Oh, The Wizard of Oz!" 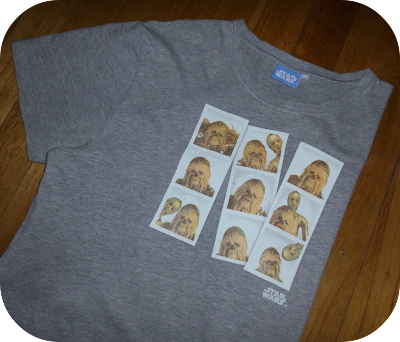 I looked down at the front of my T Shirt to make sure I hadn't just crossed
over into an Alternate Universe and changed my T Shirt in the process.

This was greeted with a blank look. "But it has the Tin Man on it?!" she said.

I shifted my feet while I gathered my thoughts to politely reply "No, that's C3-PO...
from the movie STAR WARS....".

There wasn't an ounce of recognition in her eyes.
I smiled, thanked her and swiftly gathered my bags to exit the store.

What I should have said is...

"I find your lack of faith disturbing.
That's C-3PO man! A protocol droid, fluent in six million forms of communication including the binary language of moisture vaporators and Bocce. He and his counterpart R2-D2 were involved in many missions and adventures with the Rebellion against the Evil Empire in one of the greatest movie franchises of ALL TIME!! You have much to learn young Padawan".

Then backed out of the store doing light saber sounds & moves with a rolled up newspaper. 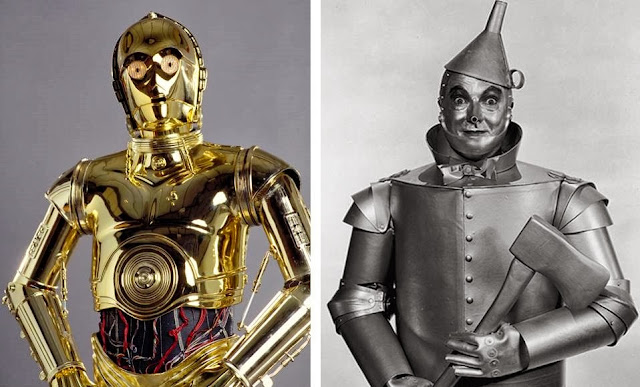